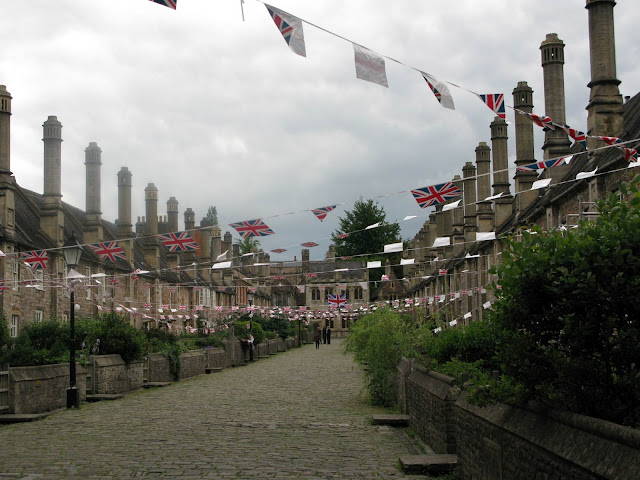 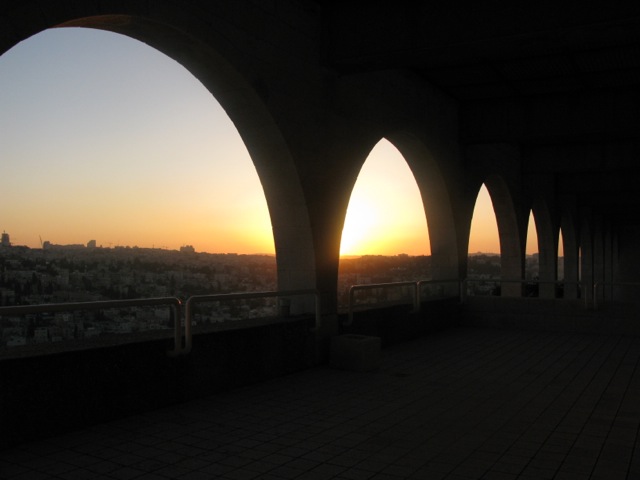 Posted by Alicia Merrett at 00:17 No comments:

The Museum of Glass - an amazing experience

I visited Israel for the first time in 1964 (yes, no date error).  I came from Argentina to Europe in a boat, with a group of young people.  We spent a month in Israel, including five days in a kibbutz, and then went on to Italy and France.

The main visual images left in my mind by that trip were:

-  in France, Chartres Cathedral, and the Impressionists at the Jeu de Pomme.
-  in Italy, the Sistine Chapel and the fountains in Rome,  Florence (all of it), and the medieval town of San Geminiano.
-  in Israel, the barbed wire that then separated Jerusalem in two halves; listening to 'a capella' singing in one of the churches;  the glass-bottomed boat watching the fishes of the Red Sea, in Eilat;  and the Museum of Glass, somewhere in Israel, which made a huge impression on me.

Since then, every time I visited Israel I asked about the Museum of Glass - but nobody had heard about or knew where it could be.  I wanted to see it again!

On this trip, after the quilting conference, I stayed another day in Jerusalem and went to see first the Chagall stained-glass windows at the Hadassa Hospital synagogue, and then spent the rest of the day at the Museum of Israel.  I saw a lot of fabulous things - from the Dead Sea scrolls to wonderful examples of modern art, including lots of Picassos, Klees and Kandinskys (donated or lent by wealthy American collectors).  Eventually towards the end of the day I decided to explore the Archeology section.

And Lo and Behold!  Past the first big burial pots, I found a room containing the whole of the Museum of Glass!  I was in seventh heaven!  It tells the story of glass, how it is made from simple elements like sand, and how it evolved historically and came to be what it is now.

Here are a few photos of items in the collection.  Early glass has a lot of mica in it, it is not so purified, so it looks less transparent. 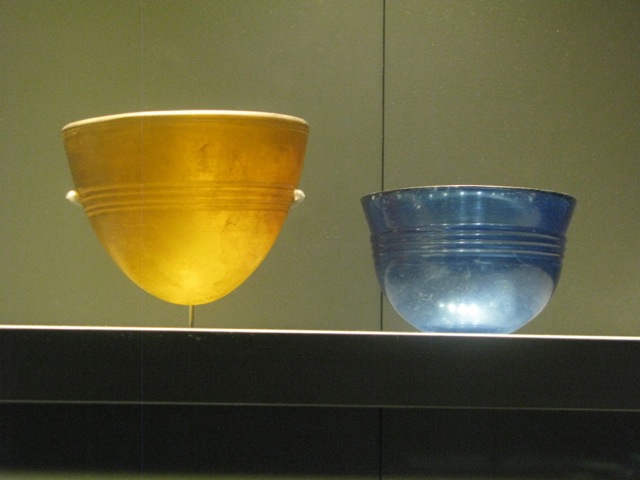 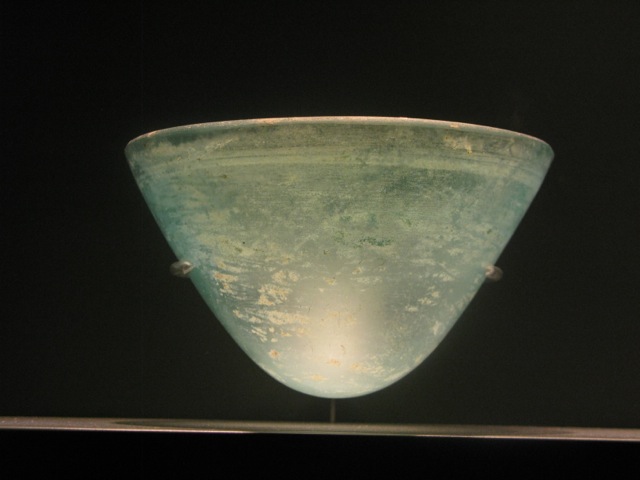 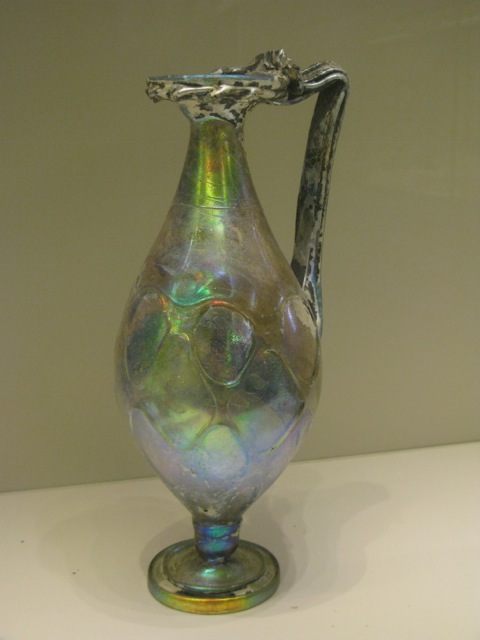 Posted by Alicia Merrett at 23:55 No comments:

Jerusalem is a city of hills.  The old mixes with the new. 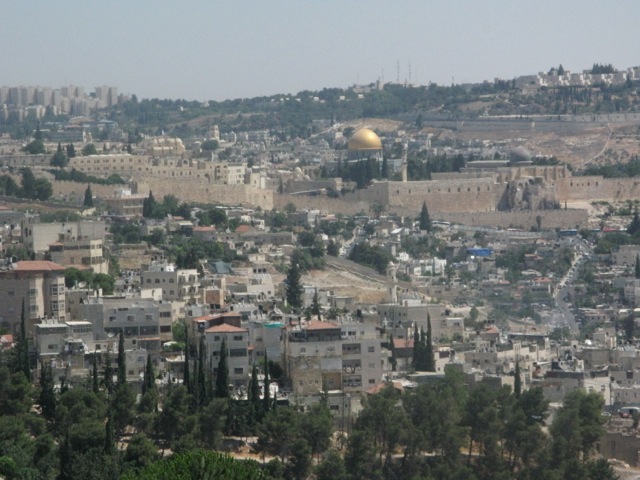 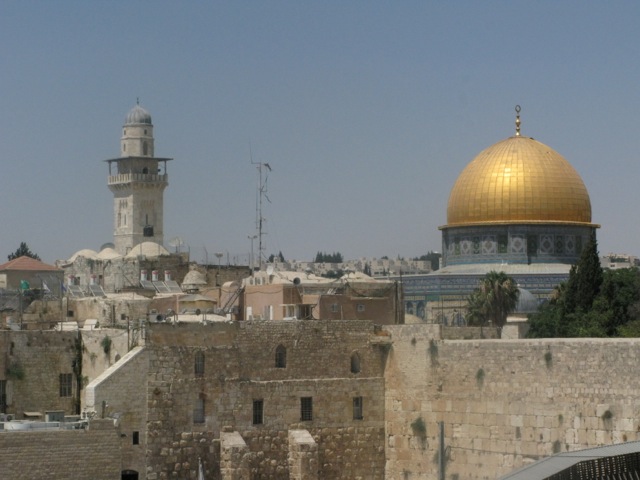 Posted by Alicia Merrett at 15:51 No comments:

I've just come back from Israel. This was the view from my hotel window in Jerusalem, early on a misty morning, before it got really hot. 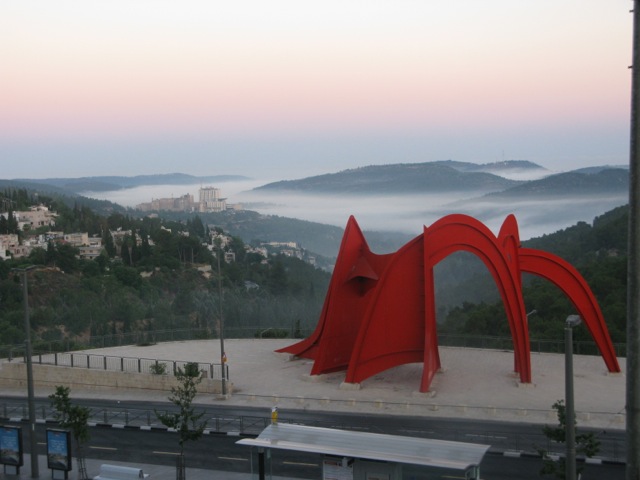 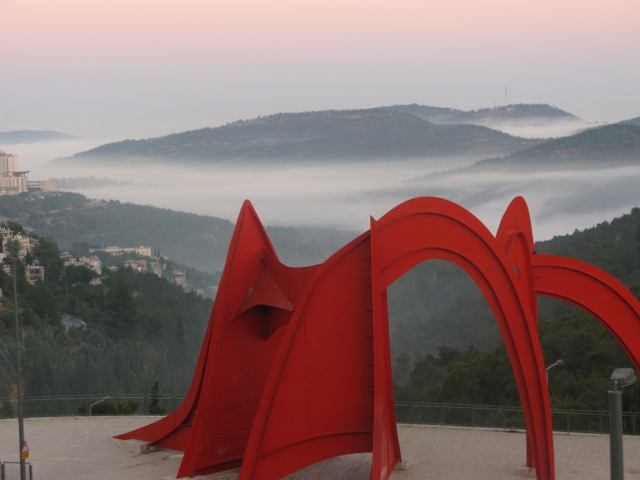 I was attending the 20th Anniversary Conference of the Israel Quilt Association. I gave a talk and taught a couple of workshops.  Had a great time!  although it was too hot for me, but they have really good air-conditioning everywhere.

Will soon put more photos of my visit there.  Watch this space!

Alicia
Posted by Alicia Merrett at 00:10 No comments: