Glastonbury Abbey on a sunny day

Glastonbury Abbey is one of my favourite places in Somerset - together with the Bishop's Palace in Wells.

These are the end-of-the-church ruins seen through a surviving arch of the main building. 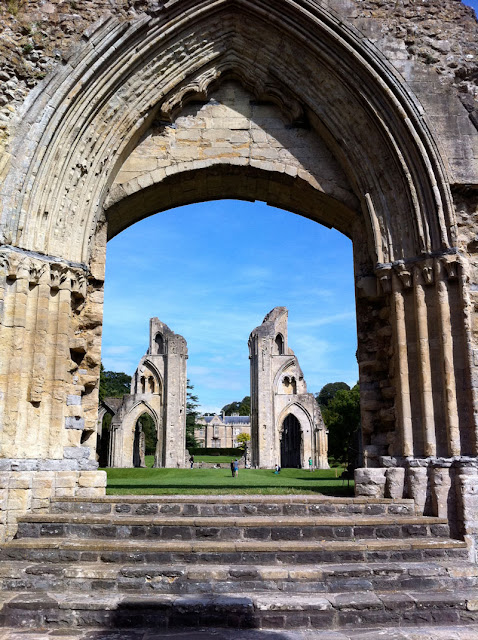 ... and now seen once you go through the arch. 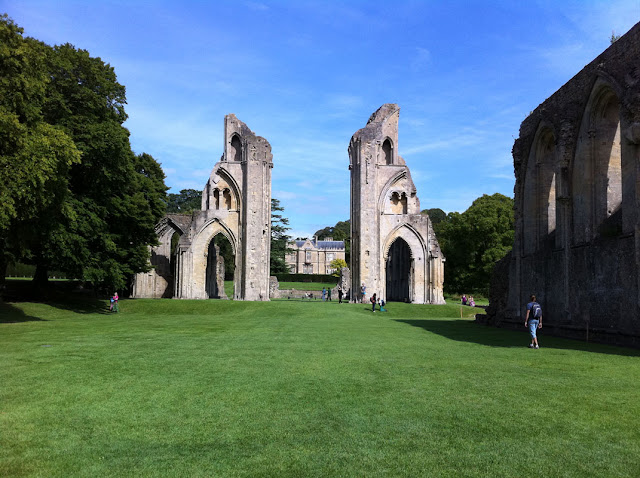 There are a lot of legends associated with Glastonbury Abbey.  Joseph of Arimathea is supposed to have arrived to the area around 60 AD and founded the first church.  He dig his staff on the earth and a thorn tree grew from it. A thorn tree of a type originating from the Middle East still grows in the Abbey grounds.

The tombs of King Arthur and his Queen, Guinevere, are supposed to have been found by the monks, many centuries ago.  A plaque still marks the spot!  We don't know whether they were the real graves, but they certainly attracted a lot more 'tourists' of the time: pilgrims.  Glastonbury was a very rich abbey and it is said that its monks were among the first marketing experts.