Last week I spent four days in Portsmouth attending the AGM of The Quilters' Guild of Great Britain.  I taught my new workshop on "Creating Work in Series", which was a success, and gave my new digital presentation on "Colour, Shakespeare and Maps".  I attended the Gala Dinner which was great fun, met a number of old and new friends, stayed in a very comfortable hotel, and had some delicious meals.

I also visited one of Portsmouth's attractions - Gunwharf Quays, with its tall Spinnaker Tower, in the shape of a sail. 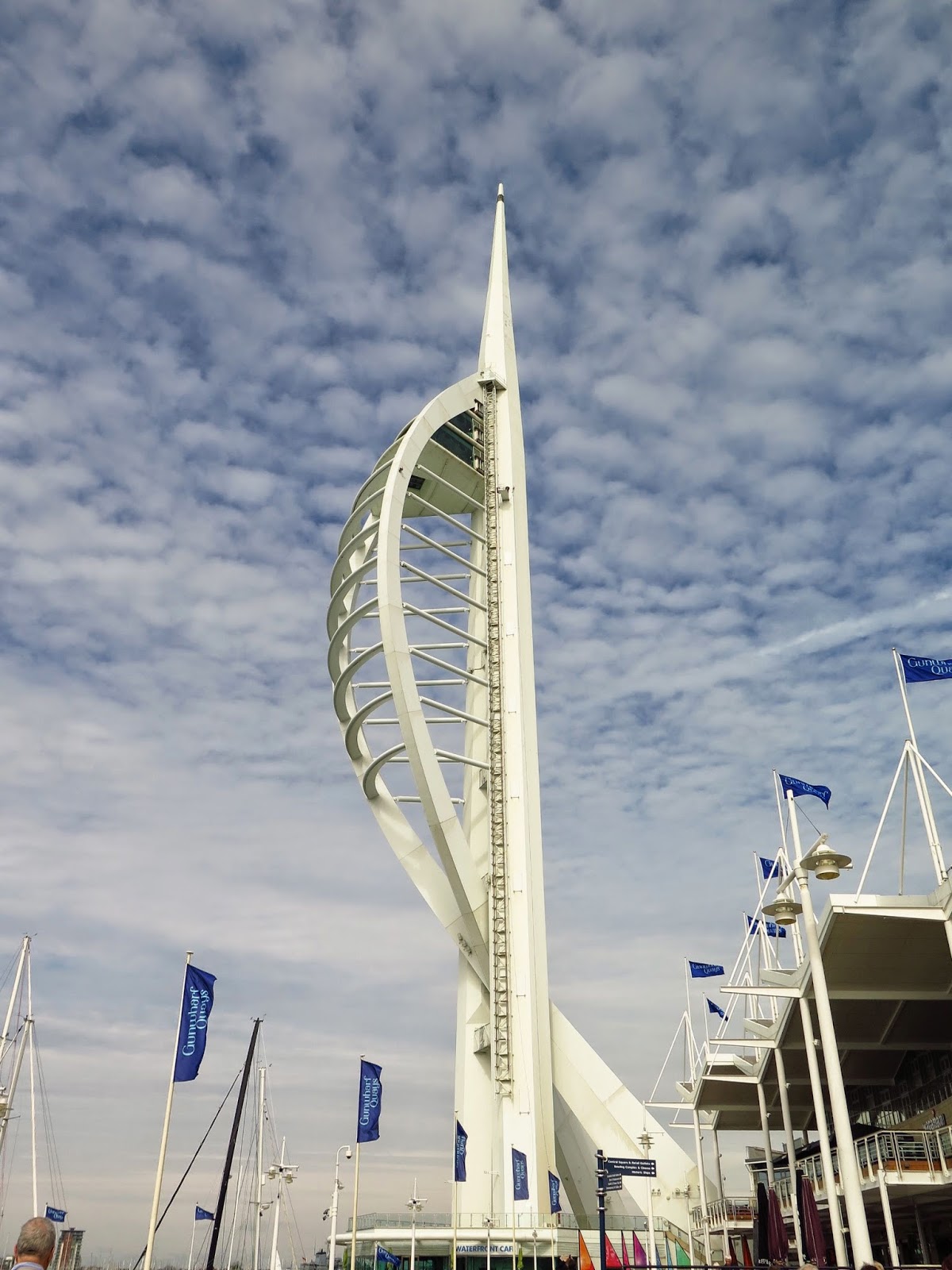 There was a bit of blue sky then, but in general it was a grey day.  Portsmouth is, or was, a naval city and port, so there is a lot to see along the coast - from just watching the boats go past, to visiting the Mary Rose Museum (which unfortunately we never got round to....)

Below is a view of part of Portsmouth harbour from the top of the Spinnaker Tower.  The glass in the viewing platforms is somehow tinted, to protect visitors from the sun - but that day there was no sun, it was grey and overcast - so the photos from up there turned out rather green.  Nothing I could do about it....  I could Photoshop them onto blue I suppose, but I decided to leave them as they are - it's the colour both me and my camera were seeing from the top. 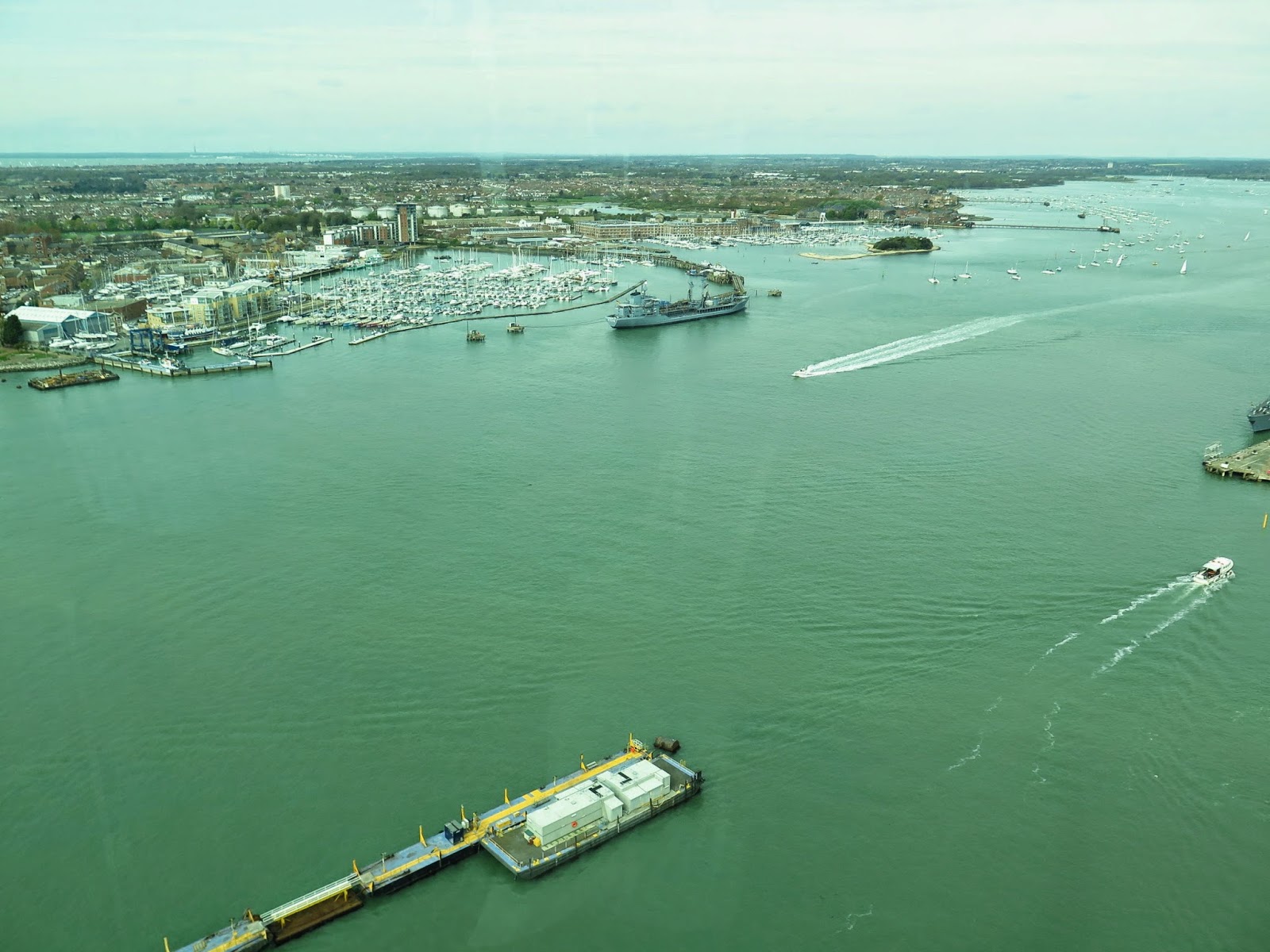 Closer-up, you can see lots of different small boats 'parked' in the harbour. 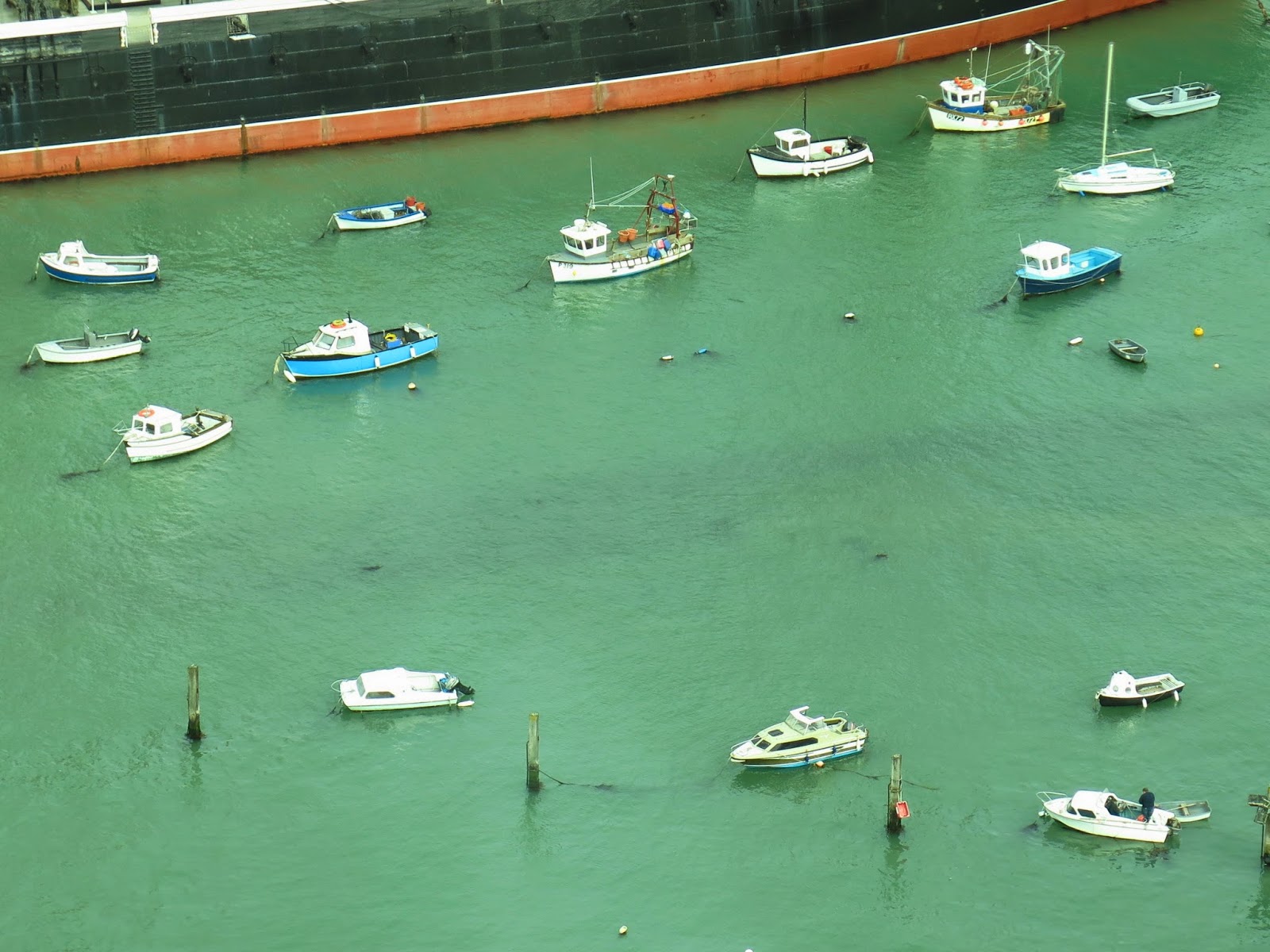 There are naval ships and sailing boats. 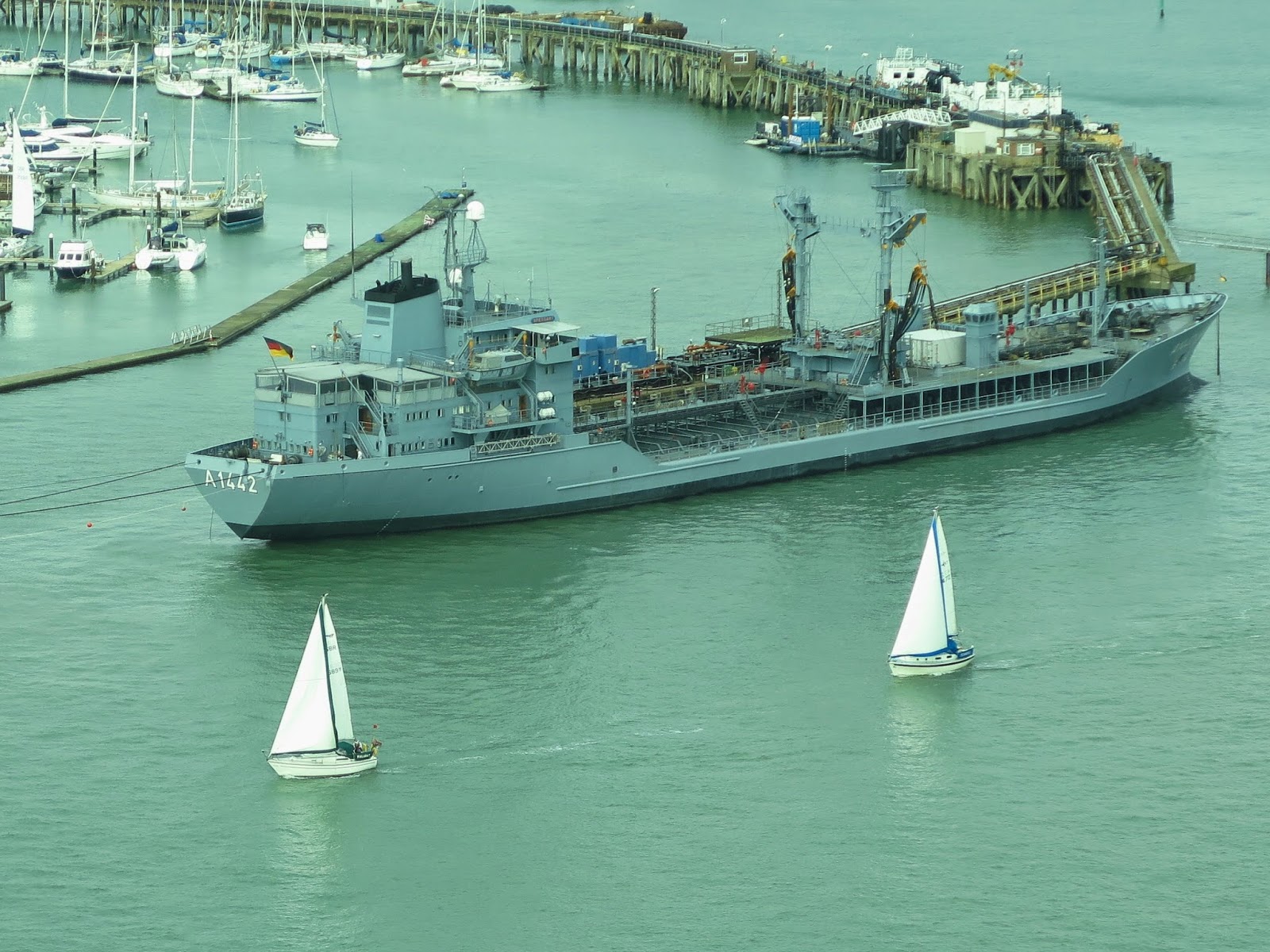 The stellae left by the motorised boats make nice patterns. 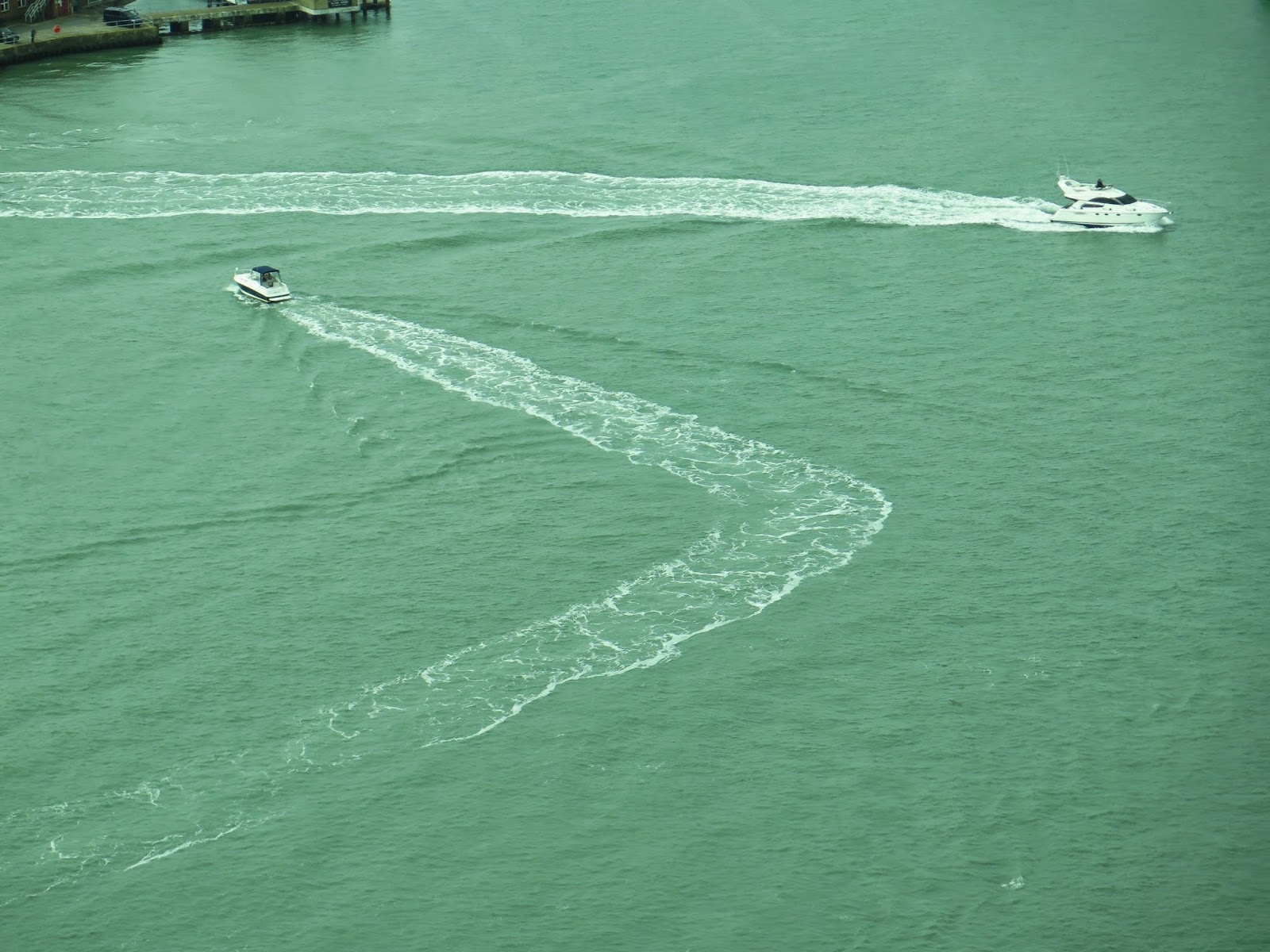 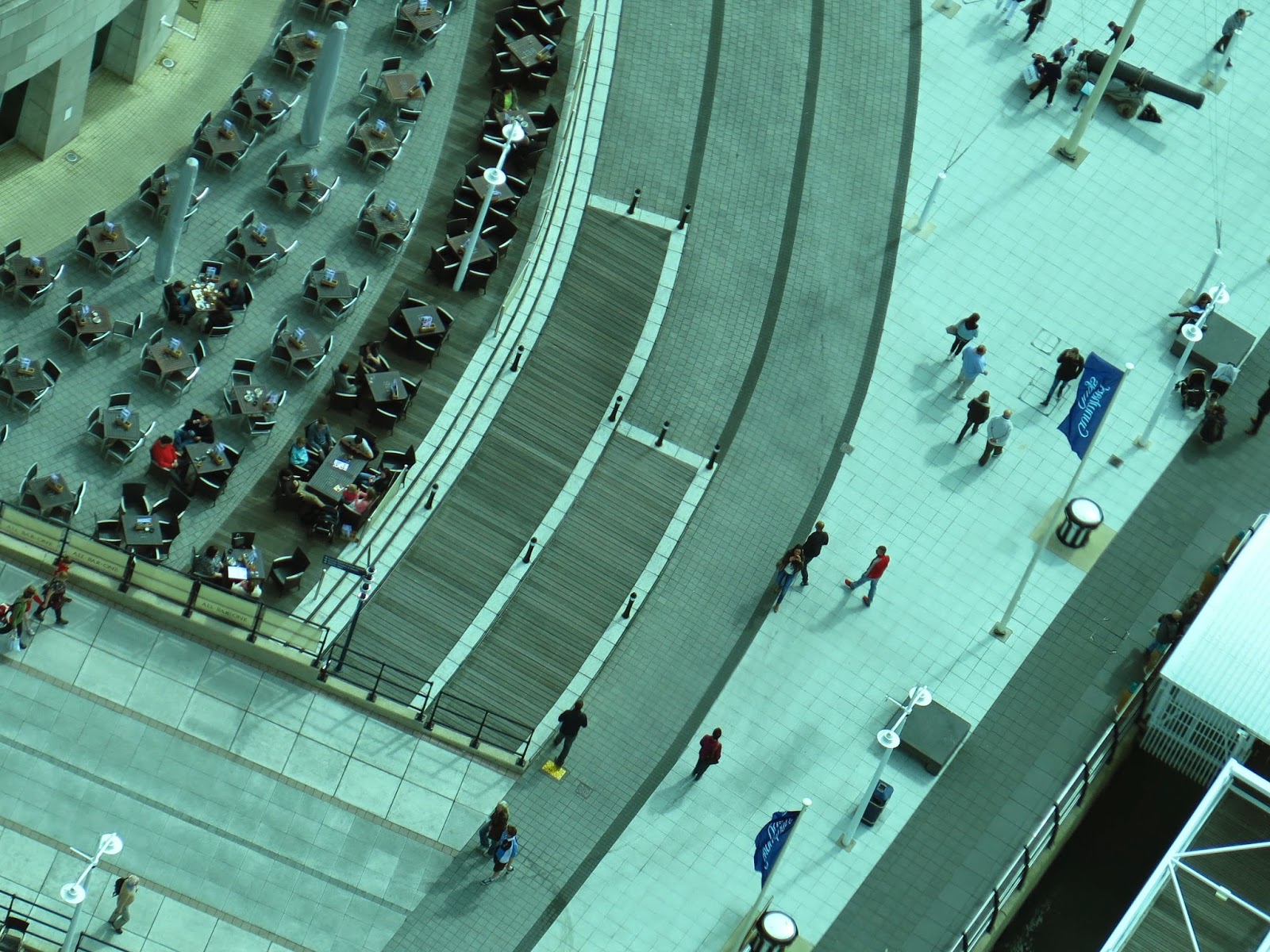 You can zoom into the people eating in the cafe below. On the viewing platform there is an area of glass from where you look below down the tower - strange feeling, like walking on air. 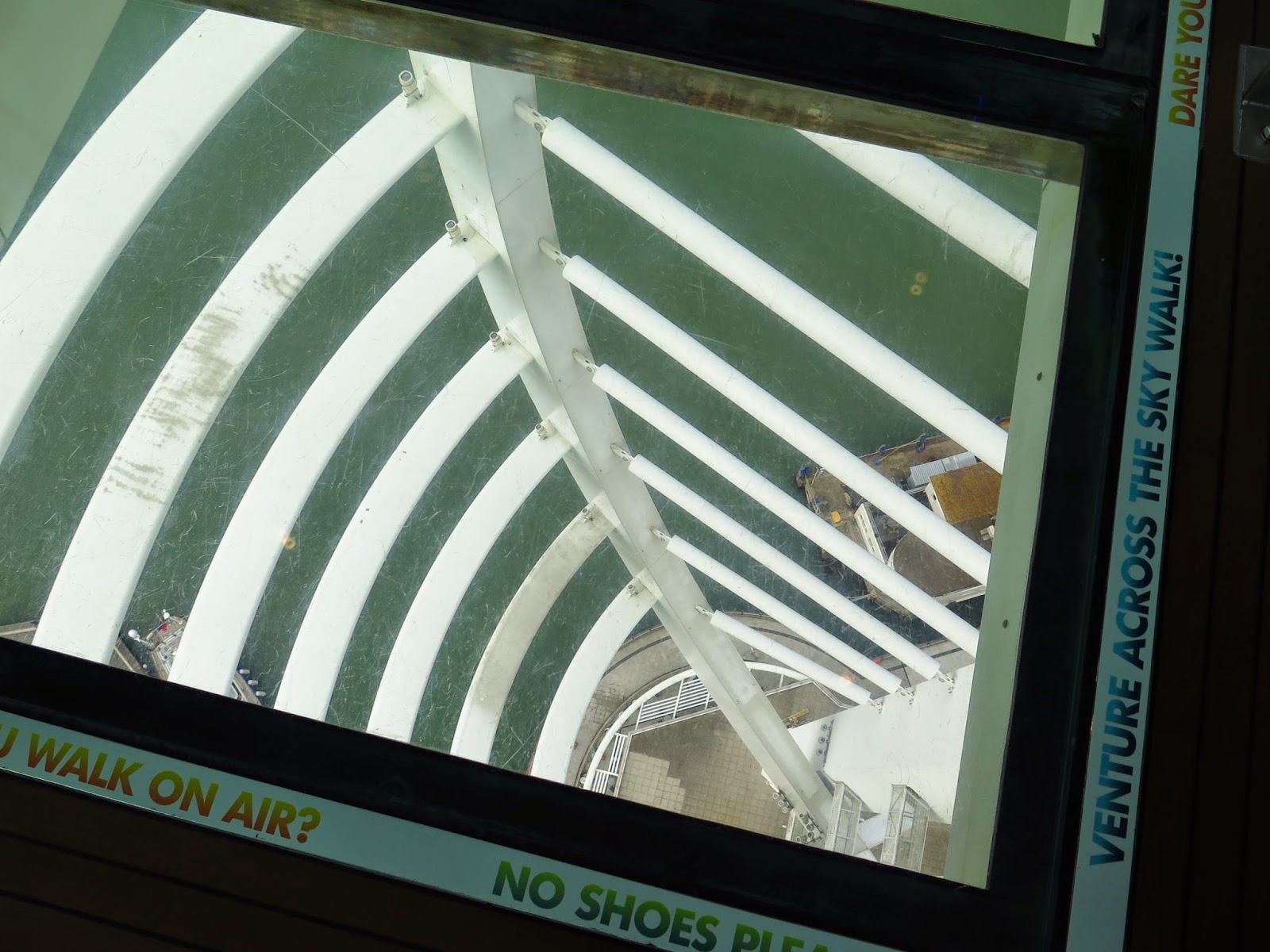 You have to take your shoes off to walk on the glass. Quite a drop! 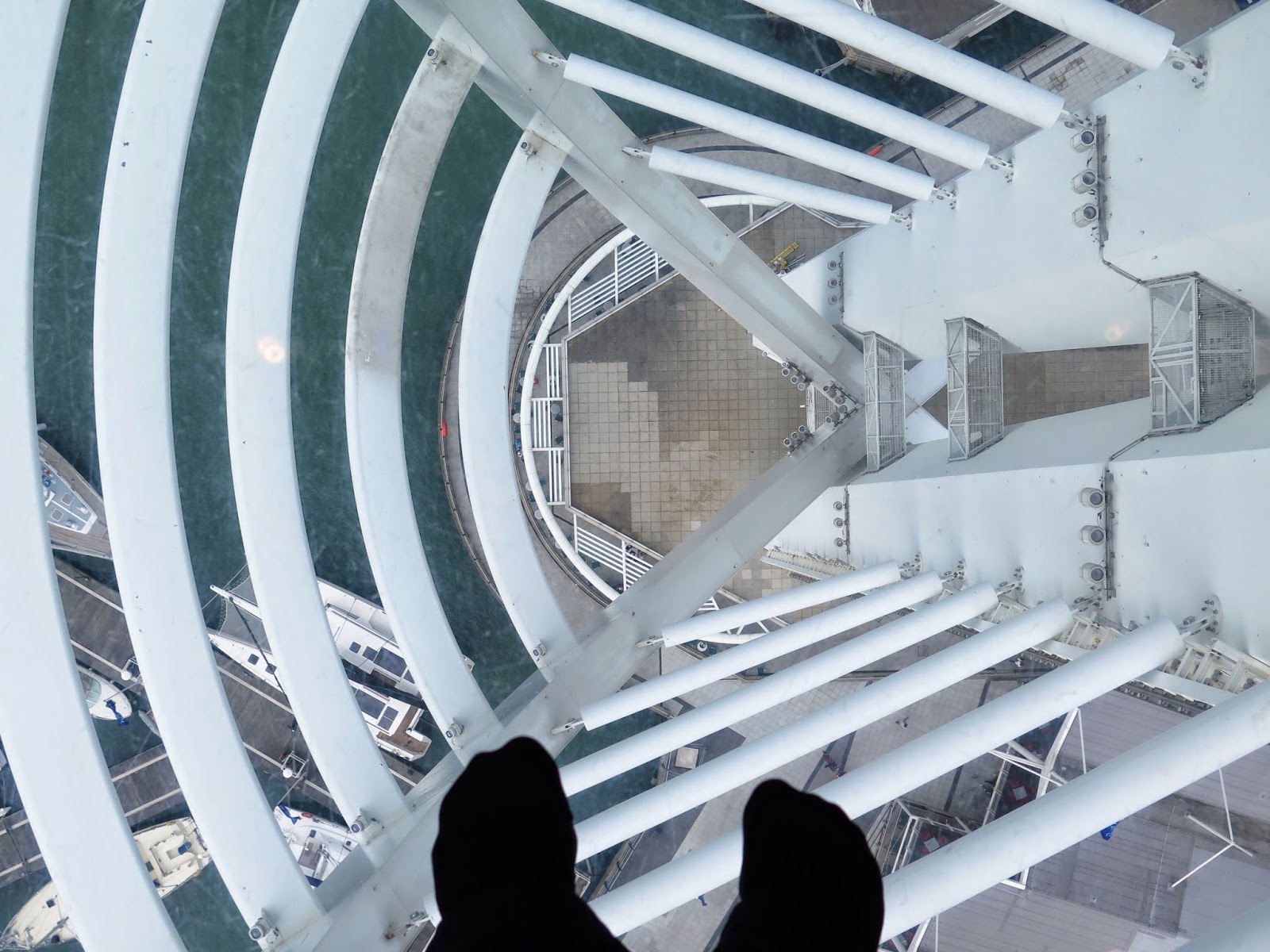 When we got down, neither the sea nor the sky looked as green as from up on the tower! 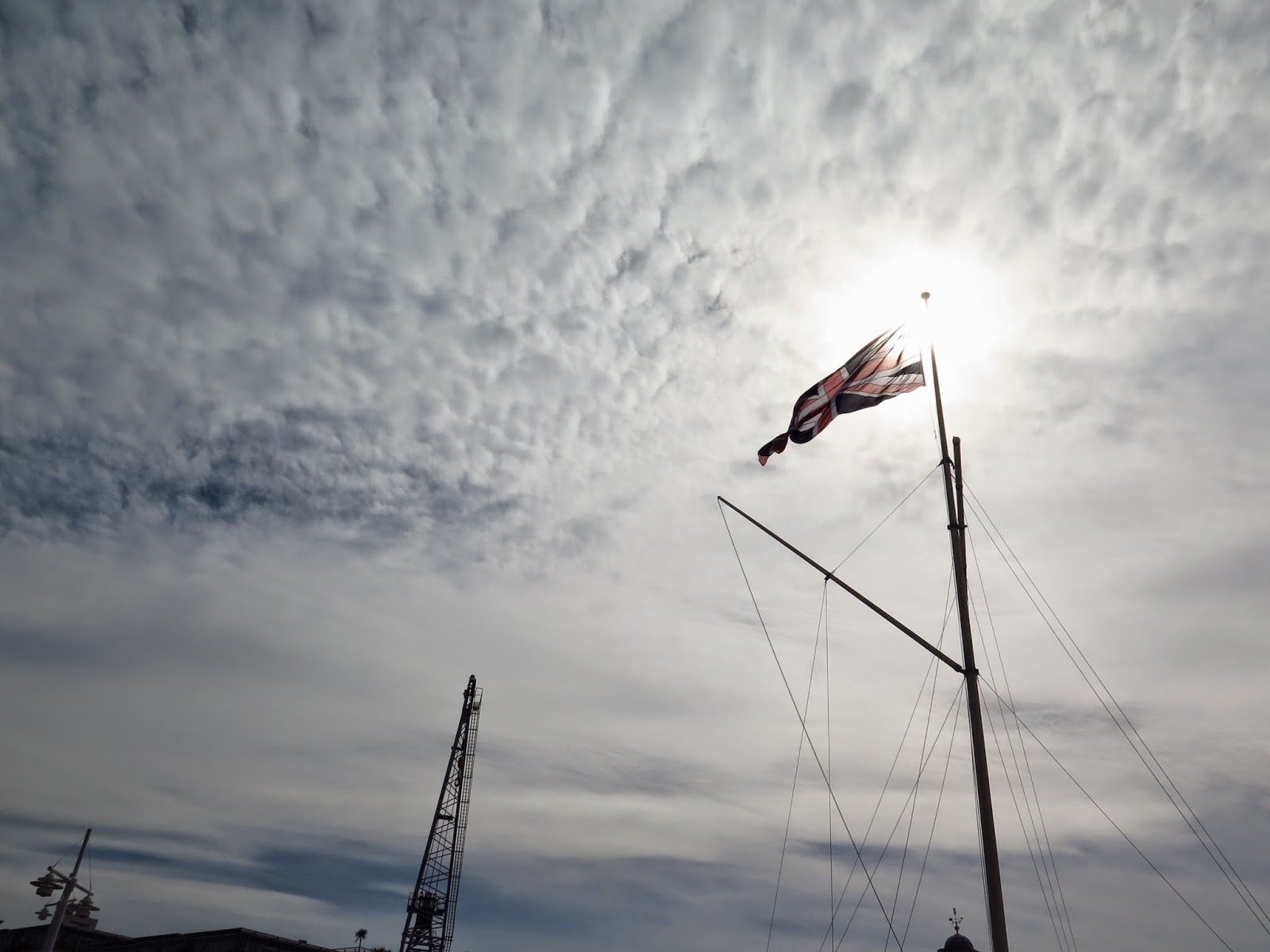 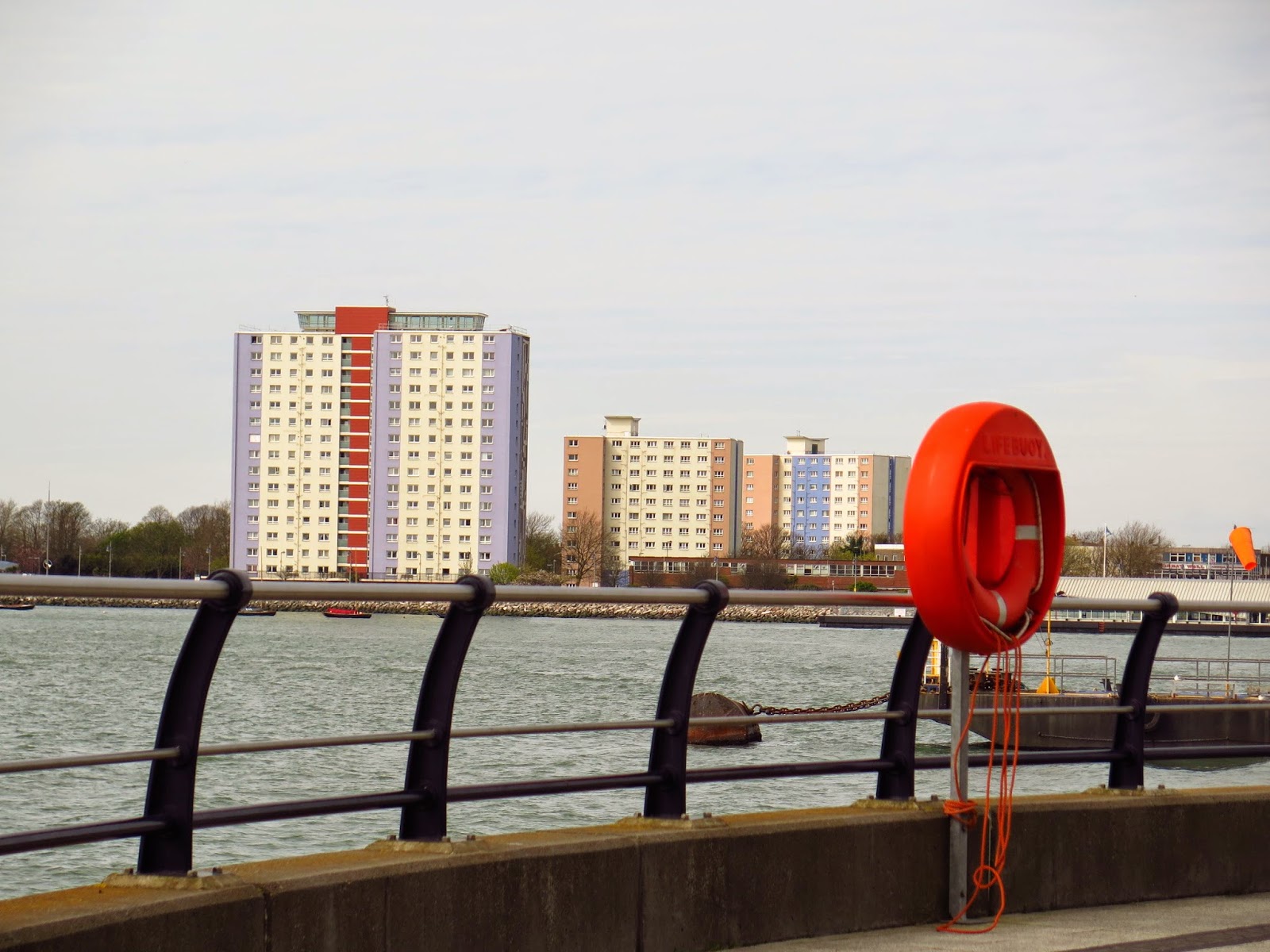 Gunwharf Quays are also a big shopping centre - but I didn't take photos of the shops! nor bought anything.  But we did have a nice lunch in Jamie's Italian restaurant.

Alicia
Posted by Alicia Merrett at 23:32