As I said in a previous post, this has been an amazing year for my orchids;  practically all of them flowered at the same time, and had dozens of flowers each.  In fact they are mostly still in flower.

But the special treat has been the flowering of my miniature orchid - for want of a better name - which I bought in Wells market about four years ago.  It had one spindly flower then, and once that one went, it  has not flowered again - until this year.  Now it has six flowers, on two stems - and several more buds.  They are really small, each flower is barely bigger than an inch. 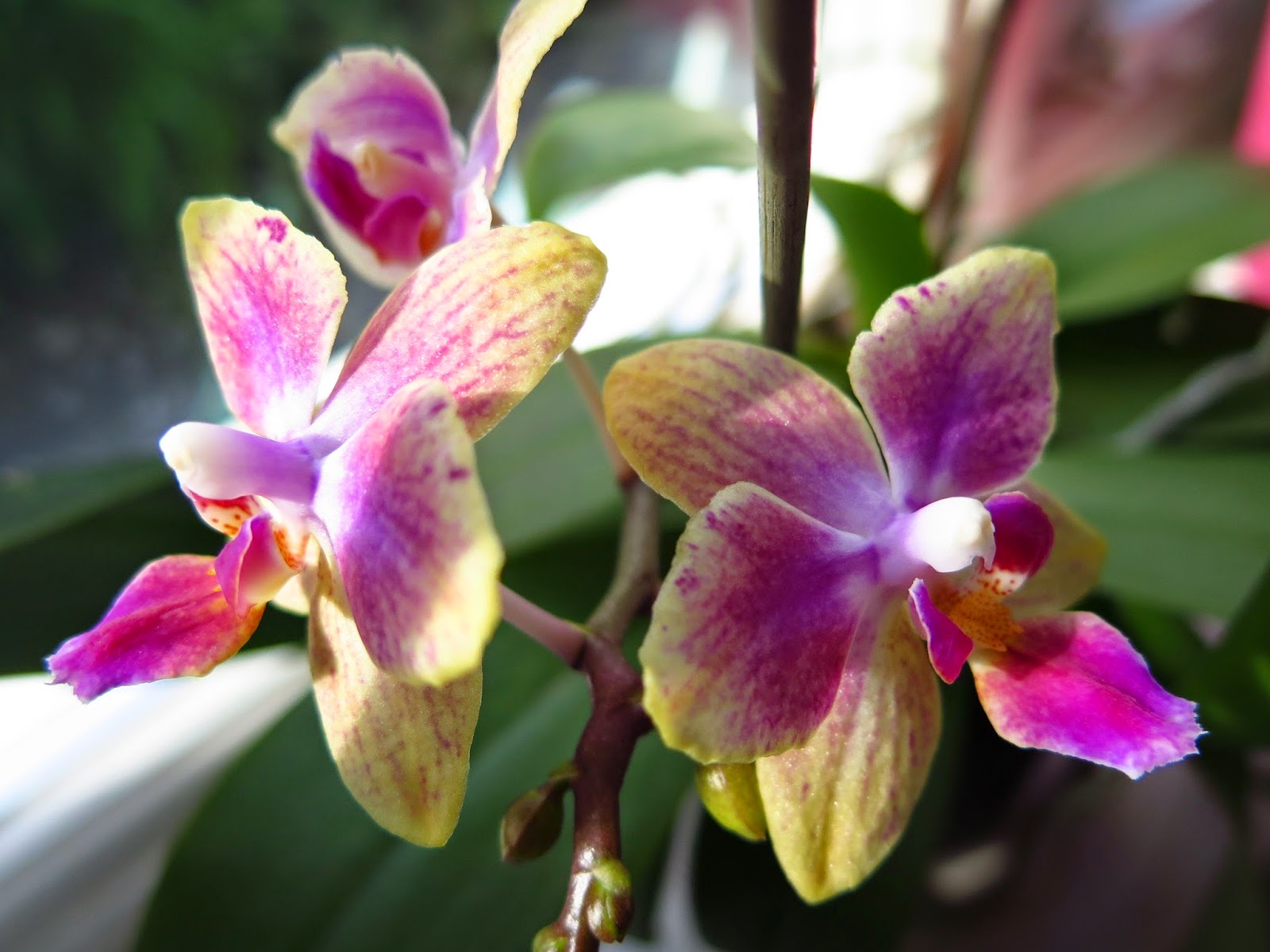 You have to be patient with orchids - don't throw the plant away unless it has completely dried out.  This miniature orchid plant has been very healthy throughout the fallow four years, growing beautiful, small, glossy green leaves.  So I knew one day it would flower again!

Another orchid that only flowers occasionally - probably every two years - is a another relatively small one, although not as small as the miniature one.  The plant is small, with thin, long, light green leaves, but the flower is quite a big bigger than the mini one.  It has two colours, a variegated hot pink, and an amazing dark wine colour, velvety and soft looking.  It has two flowers only, on the one stem. 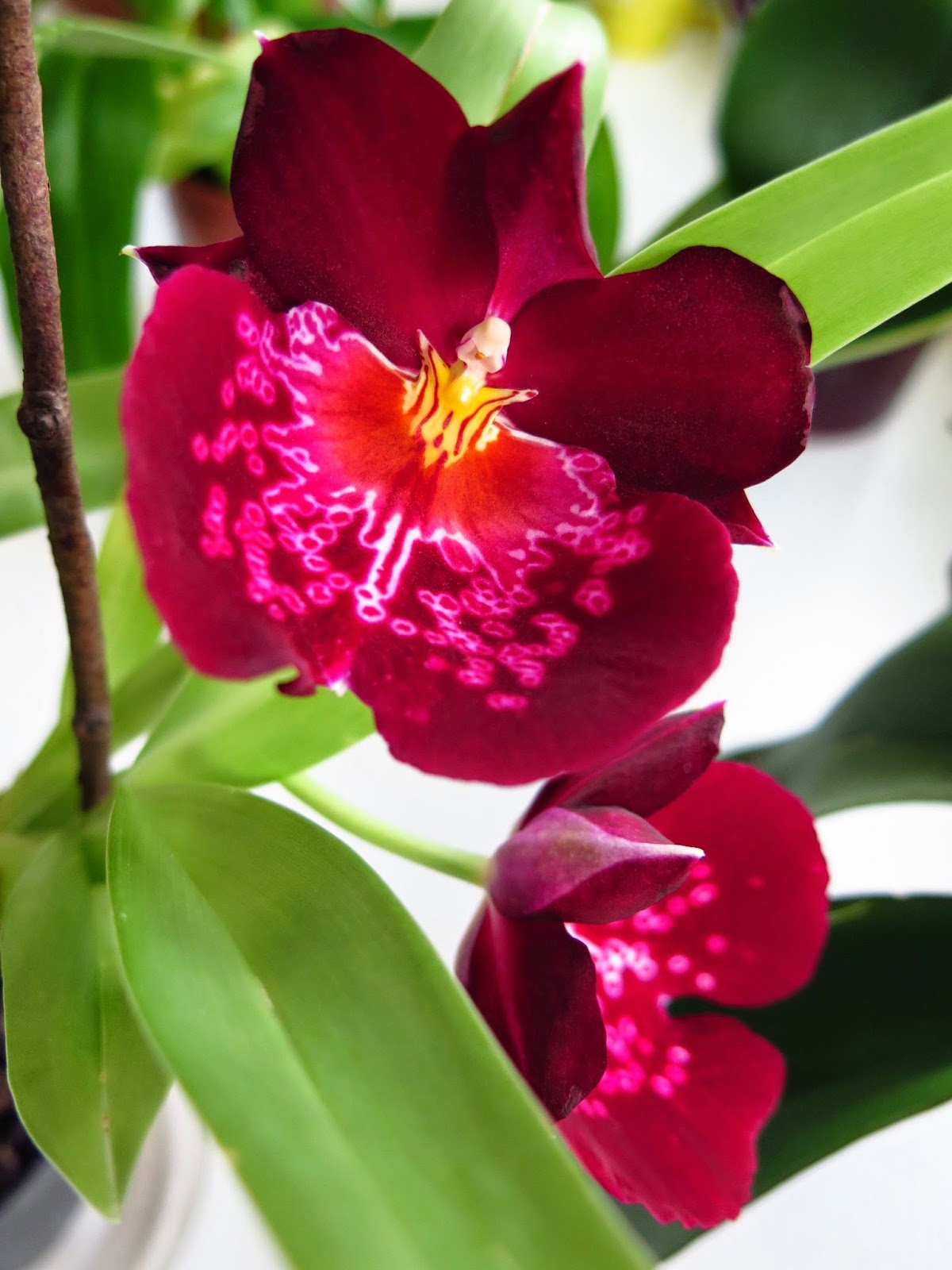 I don't know what their names, species, or whatever, are - I only know that they are not Phaleonopsis, which is the type of orchid that is commonly sold in supermarkets, because they are easy to look after and they flower at least a couple of times a year.  Don't get me wrong - they are beautiful - and I have several of those.  But the ones that are different really appeal to me.  Not easy to find - I have promised myself that one day I will go to a specialist orchid nursery and buy some unusual ones - those that need a lot of nurturing to actually flower!

And this is my favourite photo of the wine-red orchid: 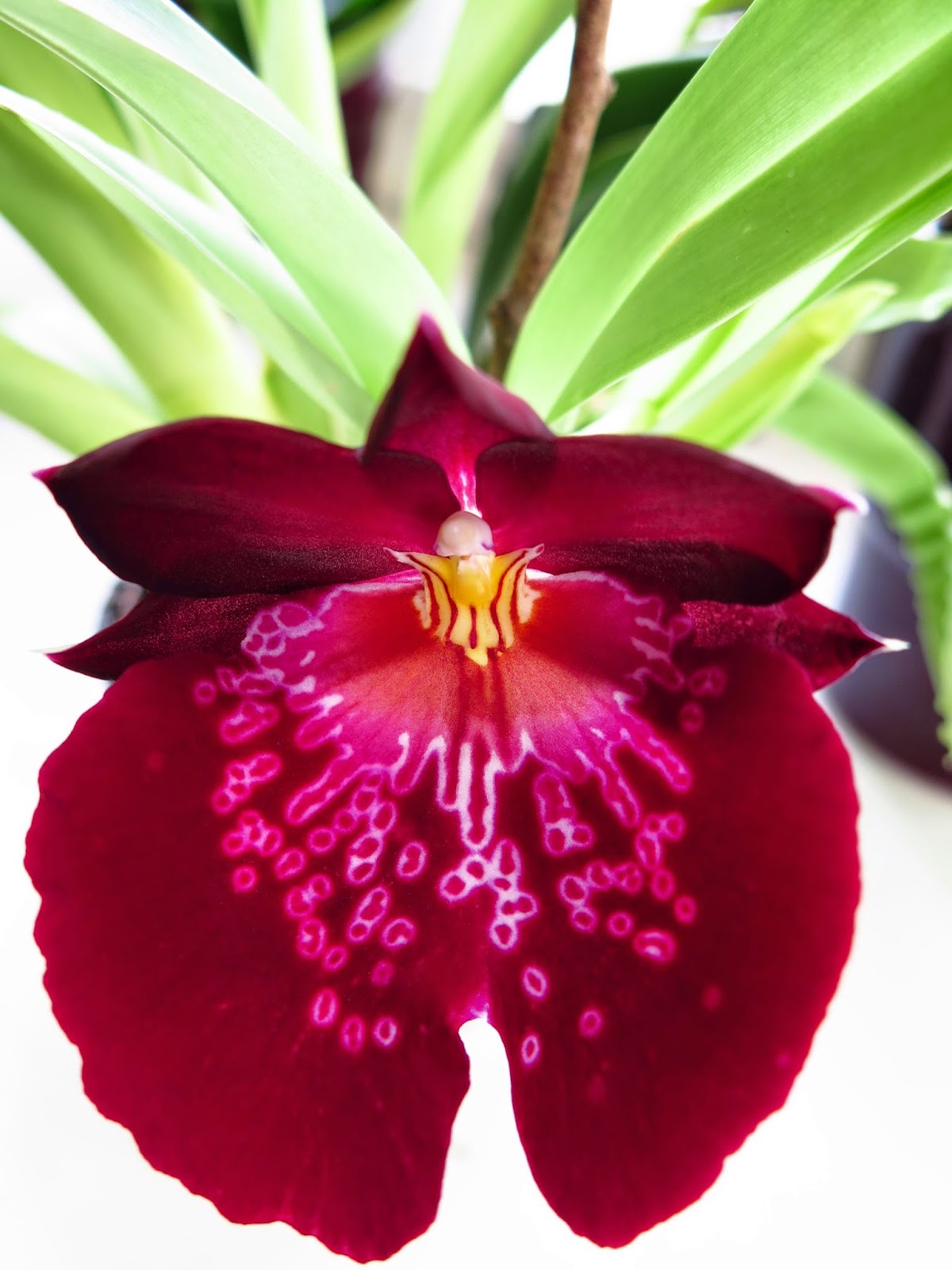