I had promised myself to be really good at posting in my blog this year.  But it is not happening. This is mainly because I tend to post in Facebook instead. That's also due to the fact that I can post text and photographs in Facebook direct from my phone, which is especially important when I am away. But I haven't worked out a way of blogging from my phone - it seems complicated and not working properly.

However I was very good at posting regularly when I only posted photographs - first one a day, then one a week.  As it happens I have lots of photographs I have taken in the last few months which I would like to show. So to try to get back into the habit of blogging, I will post photographs as often as I can.

Photo for today: a view from above - but not a map - it is the skate park in Luxembourg City, in the middle of a much bigger park - I think the area is called the Grund.  I was standing on a sort of bridge above it, probably about 50 metres high. 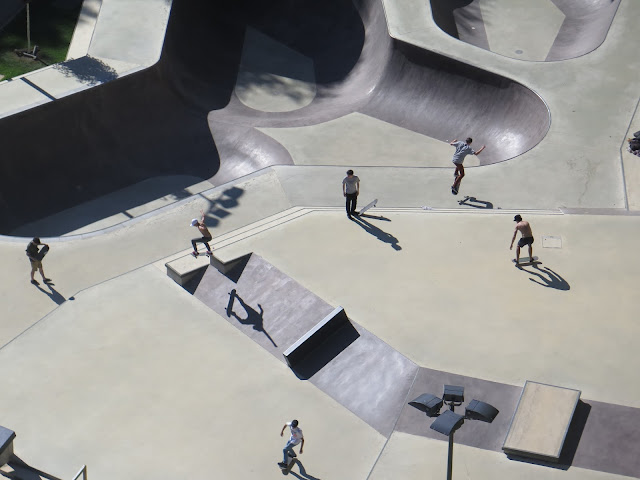